Today we are releasing the GEISTT Lab RTI as open source, under the permissive Apache License 2.0.

The Lab RTI is a run-time infrastructure primarily for integrating simulators and HMI concept prototypes. It’s design goals include minimal complexity, targeted fidelity, and saving time/cost on infrastructure in R&D projects. The intended audience is developers and simulation engineers.

The GEISTT team have believed in open source since it became a thing. By releasing the RTI to the open source community we’re hoping our clients and others in the field of simulation-based research & development will benefit in their development, increase interoperability and the use of co-simulation, find and share common challenges, so that we can continue to advance together as a community.

The product is internally developed at GEISTT over the past months, but also a result of several years with the repeated experience of having to solve the same kind of integration problem in a number of projects and environments. Over the years, other solutions have often proved to be either insufficient or prohibitively expensive, so the GEISTT team finally decided to draw from experience, find the lowest common denominator of needed functionality and “roll our own”.

GEISTT Lab RTI represents the core bits and pieces of our Lab Suite which is an upcoming commercial suite of products addressing a number of challenges in simulation-based operations and concept development.

Read more in the documentation Get the code at Gitlab 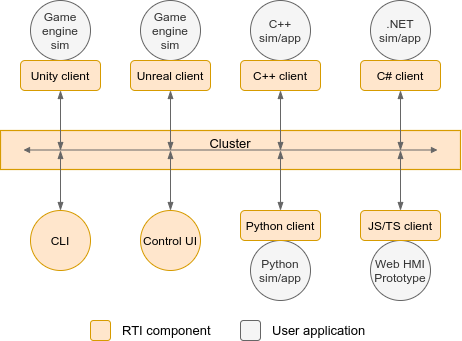