In the project AIBALAND (AI based predictions of landing sequence) GEISTT used machine learning algorithms to predict landing times and landing sequence for aircraft inbound to an airport. The training dataset was based on air traffic ADS-B type data describing the airspace around Arlanda during 2018-2019, provided by LFV.

Using different features from the dataset capturing not just remaining flight time and distance, but also aircraft close to the ego aircraft that could affect the flight path it was possible predict the landing sequence at a useful level of precision. This can provide a new type of predictive decision support tools based on open data, and with consideration of flight plan or history, i.e. being able to make a prediction based on a “snapshot in time” of an air picture from open data.

The project was a part of the Swedish Transport Agency’s (TRV, Trafikverket) research portfolio in the air domain and with Swedavia as project manager. The report is available at Trafikverket. 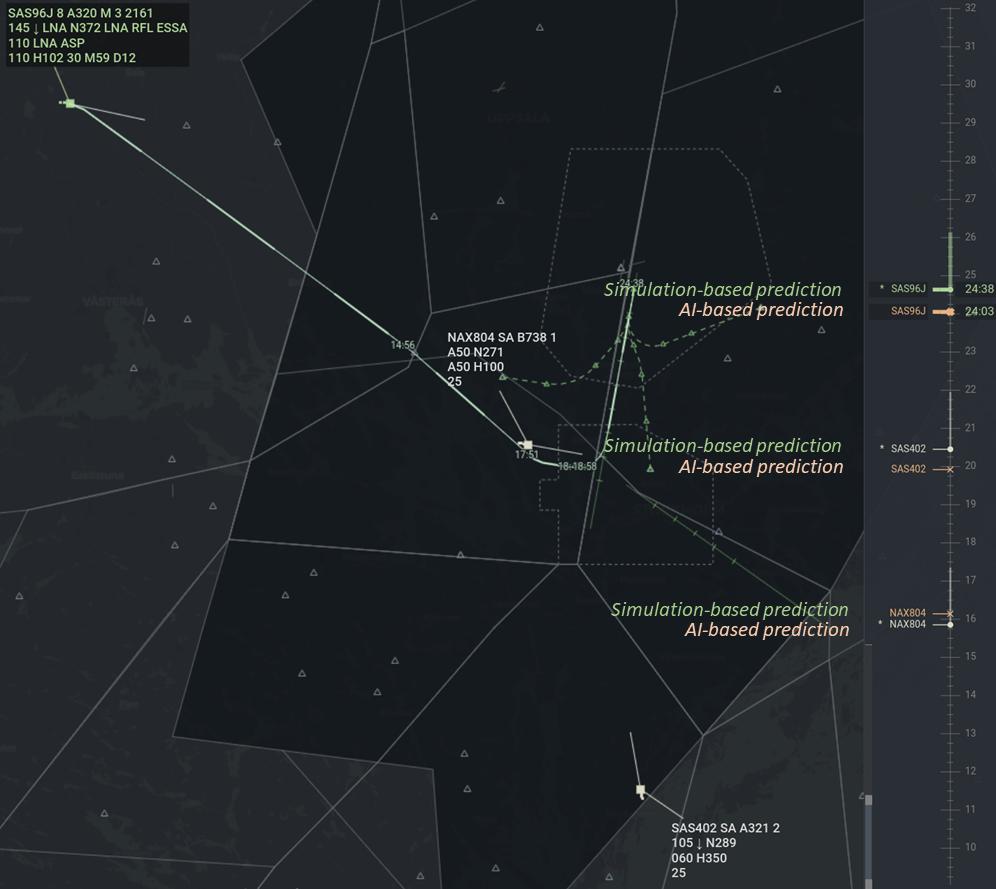