Delivery of a driving simulator software platform to Scania 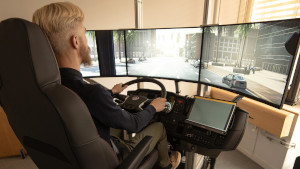 Since almost all truck AD and HMI development projects come with new requirements concerning back-end functionality, controls, and displays or scenarios, serious effort has been invested in providing an agile codebase for the simulator platform, supporting rapid design iterations. The simulator software platform can be deployed to different physical set-ups, such as the light-weight configuration presented in the image, but also to a desk-top version, a full physical cab version, or a VR headset version. 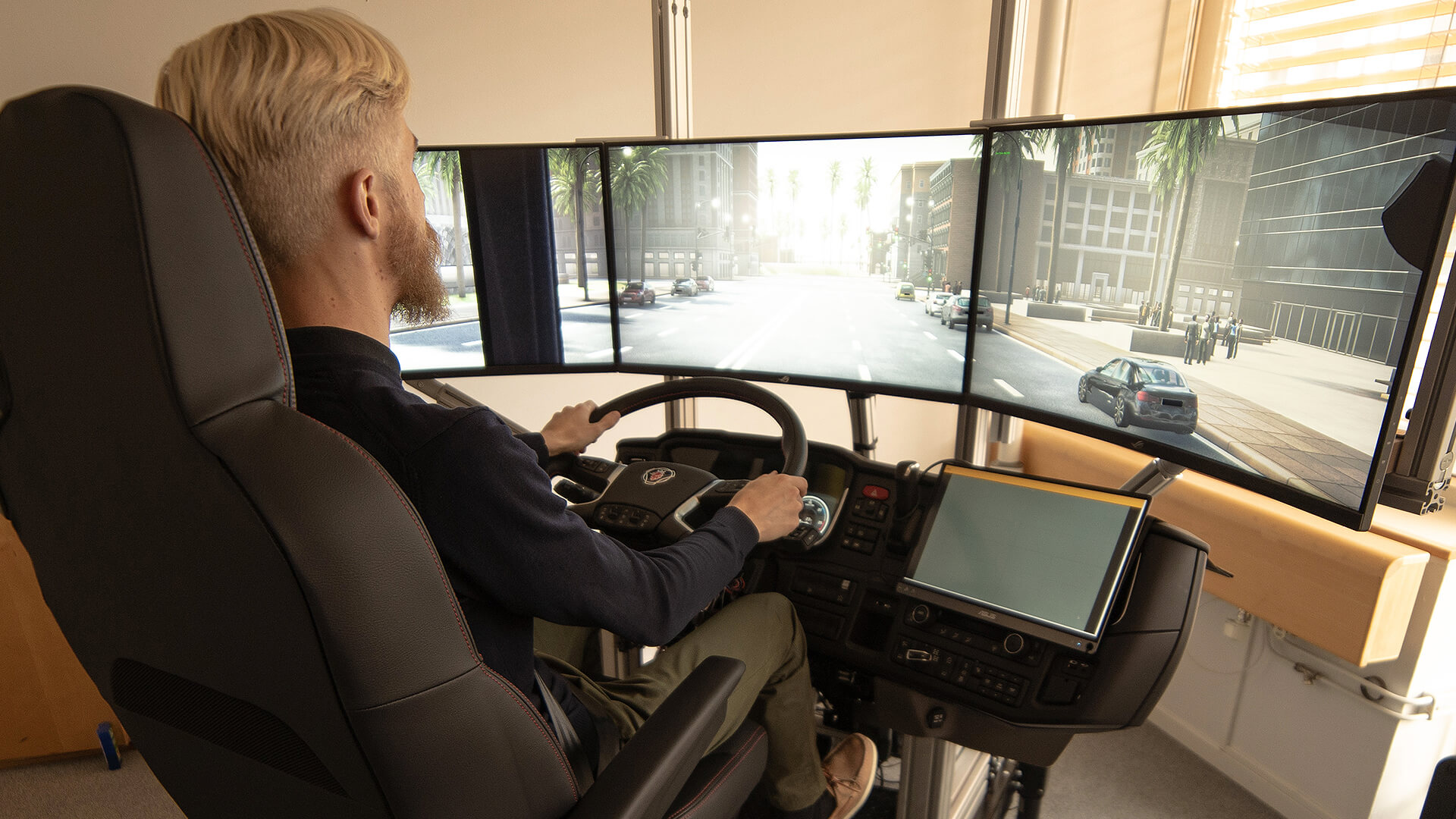